What have I been up to lately? I’ve been writing a little music, developing a board game, tweeting infrequently, but mostly I’ve been working and surprisingly quite happy about it. Lingua in buccal cavity, here’s why.

I took my wife, left North America in the evening and flew to England. Well! The sun was none too pleased about that and quickly scurried around the other side of the planet to meet us there in broad daylight at 2am. 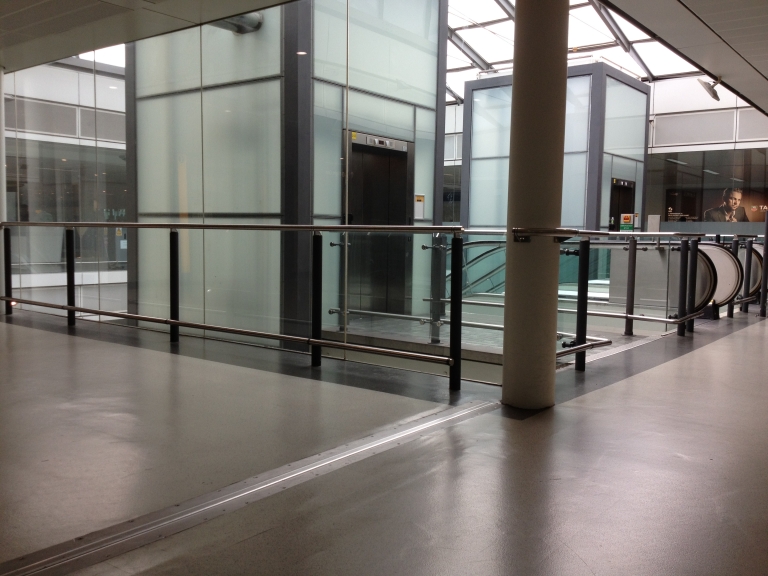 Pic 1 – Leonardo Dicaprio in the Heathrow Airport in England just a few moments before a 7hr layover. Then we flew to Hannover. Bring on the Hannover Messe Trade Fair where all of the biggest names in industrial everything meet up to show off their best stuff. “Hey. While you’re busy with work stuff maybe I’ll check out this Hannover Fair thing.” – My wife right before I explained in a little more detail why we were in Germany.

The tour was a little over 6km long drive through the quaint streets of Volkswagen Factory, dodging forklifts, pedestrians, and car manufacturers on bicycles. They claimed that we saw only 2% of the factory. In that 2% I didn’t see one car the same as the next one. I always assumed that any sane car manufacturer would make 20 white Golfs followed by 20 black ones or something to that effect. Oh no, I saw a sweet little right hand drive blue followed immediately by a left hand drive black beauty and right back to a right hand drive grey. Over 300,000 combinations, pick one and it goes next on the assembly line. One minute after you get your car the factory spits out another completely different car. Crazy.

That’s probably enough for now, attention spans being what they are these days.