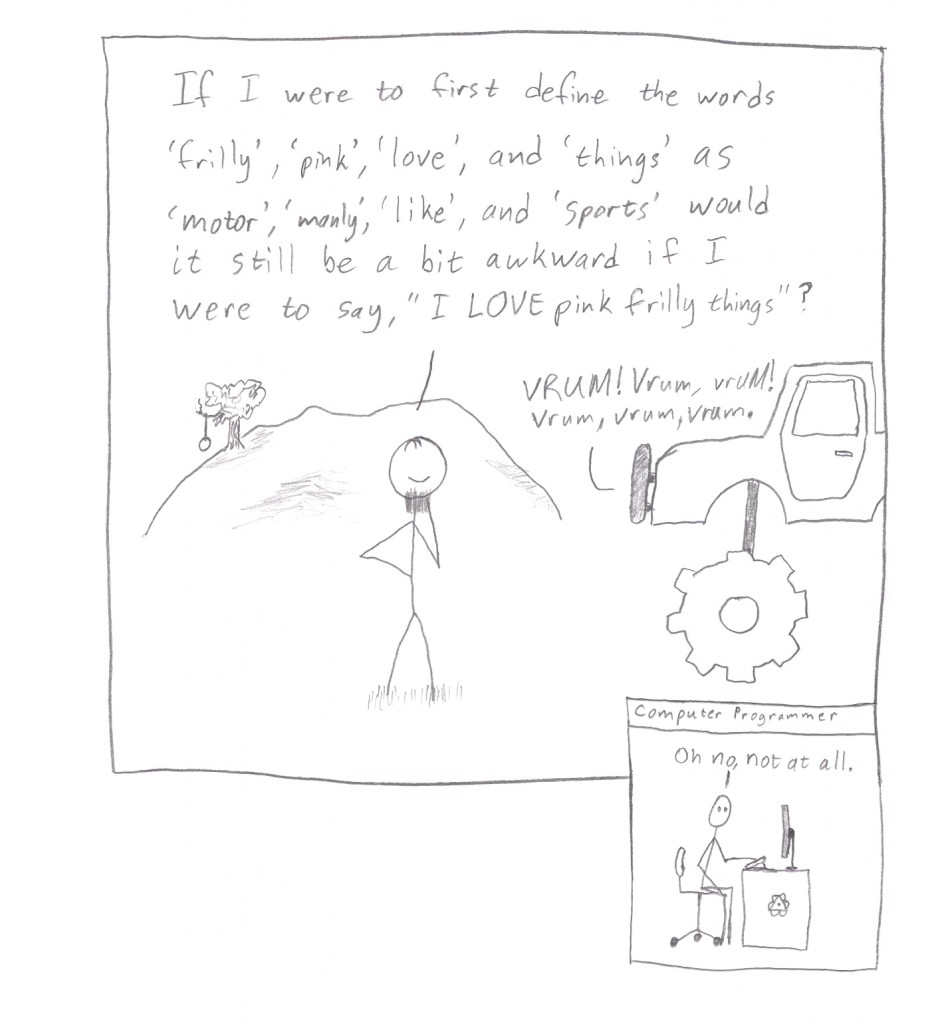 Hello from one of your friends (not me, it was someone else),

I feel like I may have been getting a little bit too silly lately for a professional person such as myself.  After every message I write I wonder, “What would my boss think if he were to read this?”  It is a good question.  I could hardly imagine that his opinion of me would go up.  When he is trying to figure out who to hand out that next big project to is it going to be the guy who had pink frilly things on the brain at least once in the last several months or is it going to be the guy who keeps all his pencils sharp and orderly?  Not to worry, I happen to be both of those guys.  The fact that I know the maximum percentage of lead that you can ever hope to use from a regular wooden pencil is a mere 33% (assuming you sharpen it with a pencil sharpener and not a pocket knife) and that if you keep that pencil decently sharp the percentage drops to a miniscule 2% or less (for those inclined to numbers, 1/4 usage of the height of a newly sharpened pencil between sharpenings means you are wasting 47/48ths, of the lead.  Its crazy, I know.) puts me right back in the thick of things.

Pencil lead wastage equation (for those who care, ONLY):

1/3 = the amount of any pie (other than cherry) I would generally like to receive whenever pie is served.

1 = what my wife and I became when we got married. (Didn’t see that coming did you?)