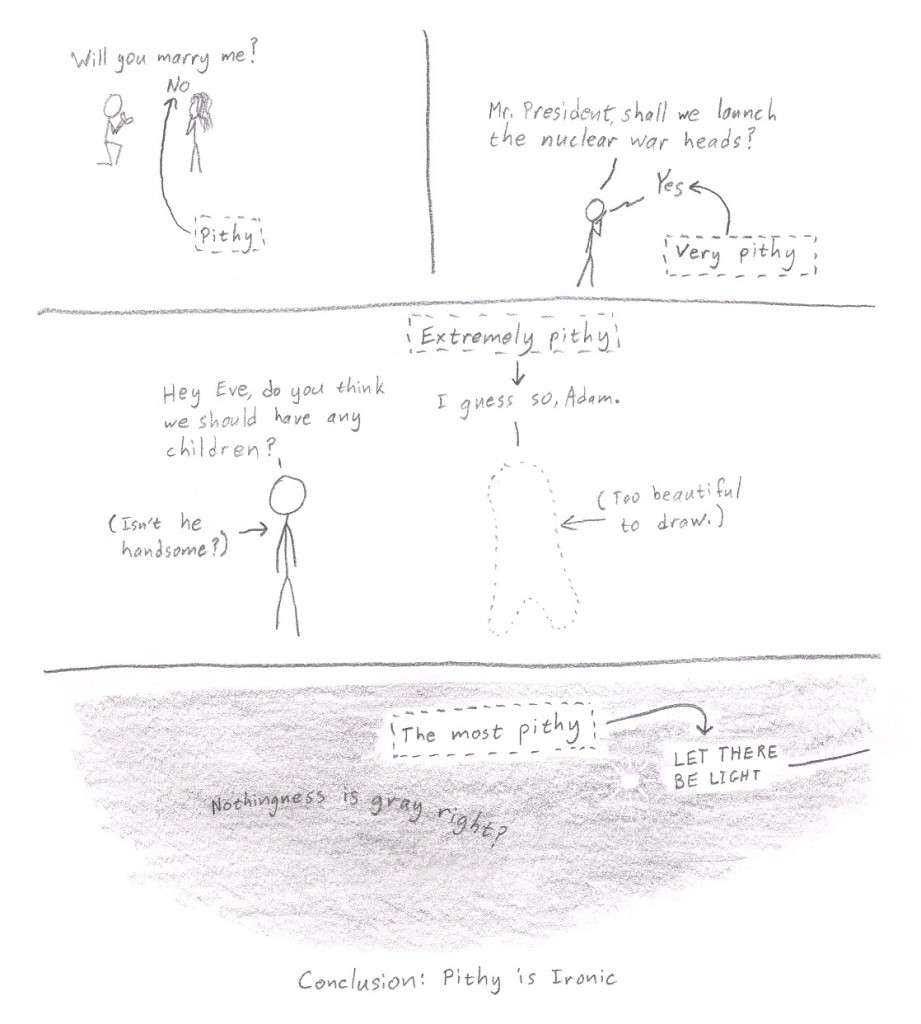 Bonjou…no, I can’t do it.  I have to admit I don’t really like French.

I’ve had a cold for almost a month now.  I’m just getting over it.

A month or so ago I separated my truck key and key fob from the rest of my keys.  This is important.  It was a wise choice.  Well thought out.  Very smart even I would say.  I was about to go tubing with a couple friends, Mayfield and Newbury, down the Vedder river near Chilliwack BC.  This river varies between ankle deep to waist high waters. It has got some waves, nothing too crazy.  Small key ring in ziplock bag in shorts pocket.  Perfect.  These keys will not leave this pocket.  You have my personal guarantee.

Mayfield had to go to the funeral of an aquaintance that afternoon so we planned to begin our adventure as soon as he comfortably could.  It was a funeral though so not very comfortable and we didn’t start the drive to the drop zone, an hour away, until after 4:00 in the afternoon.  Two and a half hour tube ride.  No worries.  Mayfield doesn’t know what he is getting into, having never tubed before, and Newbury is game for anything so Mayfield and I head out to pickup Newbury.

This was the plan.  Newbury rides a motorbike.  So.  We pick up the tubes at his house with my truck.  We all drive/ride gleefully across town to our exit point, the Keith Wilson Bridge.  Newbury parks the bike and rides with us to the launch zone.  We float down the river like kings.  I take my safely stowed keys from my pocket and send them with Newbury on his bike back to the launch zone.  He leaves his bike there and zips back with my truck to pick up Mayfield, Mayfield’s prescription sunglasses, myself and the tubes.  We all zoom off to the launch zone to retrieve the bike.  End of a happy day.

Its the middle of September.  Into the water in two tubes and a small raft.  The water was a little colder than the last time but quite lovely really in a breathtaking sort of way.  We quickly realized that Mayfield was having trouble steering the raft to avoid snags and branches, and to not get run into the bank when going around corners.  He wasn’t complaining but I thought he’d do better on a tube.  At the next ankle deep spot we stopped and I swapped rides with Mayfield.

Every time this particular river goes ankle deep the very next thing it does is slide sideways and run itself straight into the bank, froth at the mouth a little bit and try to rub you off against the overhanging vegetation.  Newbury has already floated on ahead.  The water and I enjoyed some witty repartee.  It complained that I wasn’t giving the shrubberies a fair chance to snag me and I suggested it could have worked a little harder at frothing and maybe worked up some bigger waves.  Being the good friend that I am, after the ride I jumped out into the thigh high water to observe Mayfield’s progress.

Now Mayfield is a handsome tall fellow who’s center of gravity moved about a little more freely on a tube than mine had especially since this was his first time tubing.  The very first thing I saw him do was get flipped over.  And then I saw him come right back up again flailing a bit but holding onto that tube like a vice…holding onto a tube.  It was upside down now and he tried jumping right back on only to slide off the side and get tumbled over a few more times.  Up again, sans prescription sunglasses, glistening in the sunlight for a split second and then down again.  I had been enjoying a good laugh but the situation was beginning to look serious.  Then he stood up again and was able to get a firm footing nearer the bank and just stayed there in the water a little bit stunned and motionless.

I started maneuvering slowly back up the river to see how he was and immediately realized that the water was at least half an inch too high for comfort, if you know what I mean, and that there was nothing I could do about it.  The boys were going numb and I wasn’t getting any taller.  You can only walk so fast in relatively swift moving, upper thigh high, water.  The river bed was an amazingly uniform depth for almost the entire distance back to my recovering friend.  When I got there we both needed a few minutes to gather our thoughts.

Mayfield took the loss of his glasses and bruised up legs really well and entered into the spirit of the adventure after vowing to never come tubing with us again.  He was just happy to be alive.  We switched him back to the raft and continued our float, taking turns guiding him through the tricky stuff.  It was now dusk.  The multitudes of fishermen on the banks in their waders, long sleeved sweaters, and fall jackets, looked at us a little weird as we floated by them and their nearby campfires.  One casually commented that we had missed by half an hour a naked sun bathing girl downstream.  We were all immediately reminded for various reasons of the funeral delay from earlier in the day.  As we made our way down the last long slow meandering home stretch, darkness set in. We spent the last 30 minutes of our journey star gazing, which I thought was a very fitting way to end the day.

Not so.  There was a way even more fitting than star gazing.

We reached the bridge and finally pulled our bedraggled, relieved selves out of the water and up the embankment to the dirt parking lot by the road.  I took my safely stowed keys from my pocket and gave them to Newbury.  Ha.  You thought I was going to lose them didn’t you?  Well I didn’t.  Newbury rode off into the night while we concentrated on not shivering until his return.  Have you ever ridden a bike while not dry?  There was no question whether Newbury would be shivering or not.

Twenty minutes go by and I spot a single beam of light off in the distance heading our way.  I immediately remembered that I hadn’t brought the key for The Club steering wheel lock…hmmm.  Problem.  Newbury pulls up on his bike.

We’re in a bit of a pickle.  Its dark.  We’re stranded a forty minute drive from home and at least an hour jog from a truck that we can’t drive anywhere.  Also, technically and legally (for helmet reasons) Newbury’s bike only holds one person so that option isn’t tabled yet and we’re all hoping it will never need to be.

Newbury, distracted by the lack of club key, forgot to bring back our dry clothes, towels, wallets or cellphones and he wasn’t carrying his phone.  He thinks he can remove The Club (he’s wrong) with some well placed brute force, so we send him back again with permission to try and strict instructions to at least bring our stuff with him the next time he returns.  This is the funniest thing that has happened anywhere near Newbury in months and months by the sounds of it.

In case I didn’t mention it before, Mayfield is a bright guy.  Immediately after Newbury leaves he suggests that BCAA (AAA’s counterpart in BC) would be very helpful if I happen to be a member.  I do happen.  Newbury fades into the distance.  I stay calm.  We’re two above average height men in shorts and t-shirts standing in a dark abandoned parking lot at the side of a bridge out in the country.  A car with two young girls in it pulls in and is about to drive through the parking lot and onto the dike along the river.  Mayfield tries to wave them down.  There is no way they are going to stop at almost nine o’clock in the evening for two strange men in a dark abandoned parking lot out in the country.  They totally stopped.  My first thought was to give them a stern talking to and send them on their way.  I’d have to smack myself later though so we instead rewarded their kindness by not being serial killers.  They loaned us a cellphone.  Thankfully Newbury overlooked bringing our dry clothes and valuables back to us the first time around so we gambled on his if-the-phone-is-ringing-I’m-going-to-answer-it-even-if-there-is-no-way-it-could-possibly-be-for-me personality and called my own cellphone.

“Hello, this is Newbury.”

More laughing. “This is the best day of my life,” said the dry comfortable man who could just ride home anytime he wanted to.  “How can I help you?”

This was the plan.  Newburry would dig my BCAA card out of my wallet, call the number on the back, fake being me, and get a tow truck coming.

While we waited the girls continued on their way to a birthday bonfire on the dike.  A homeless guy on a pedal bike from downtown Vancouver randomly came by and asked for directions into Chilliwack city centre (9pm, out on a country road, many hours bike ride from Vancouver).  Crazy.

Back to Newbury.  My current address is not on my driver’s license, so to confirm that he was me, my correct address held by BCAA got officially changed.  The arrangements were made and we finally got our dry clothes and valuables a mere hour after leaving the water and only fifteen minutes after uncontrollable shivering set in. So there is a tow truck coming to get the truck but how are we getting home?  Newbury hadn’t the foggiest.  A few phone calls later I found out that the flat bed tow truck had already picked up the truck.  He agreed to come pick us up as well.  We would be on our way home.  Finally.

Apparently my truck alarm went off every time the driver had to stop on his way to us.  He was a little tense by the time he got there.  We quickly explained how it was that we had gotten him into the situation, said good night to Newbury, and got our butts towed home.

There are few things more satisfying than seeing a flatbed tow truck drop off your own Toyota Tacoma late at night in the middle of the street in front of your town house with club still attached.