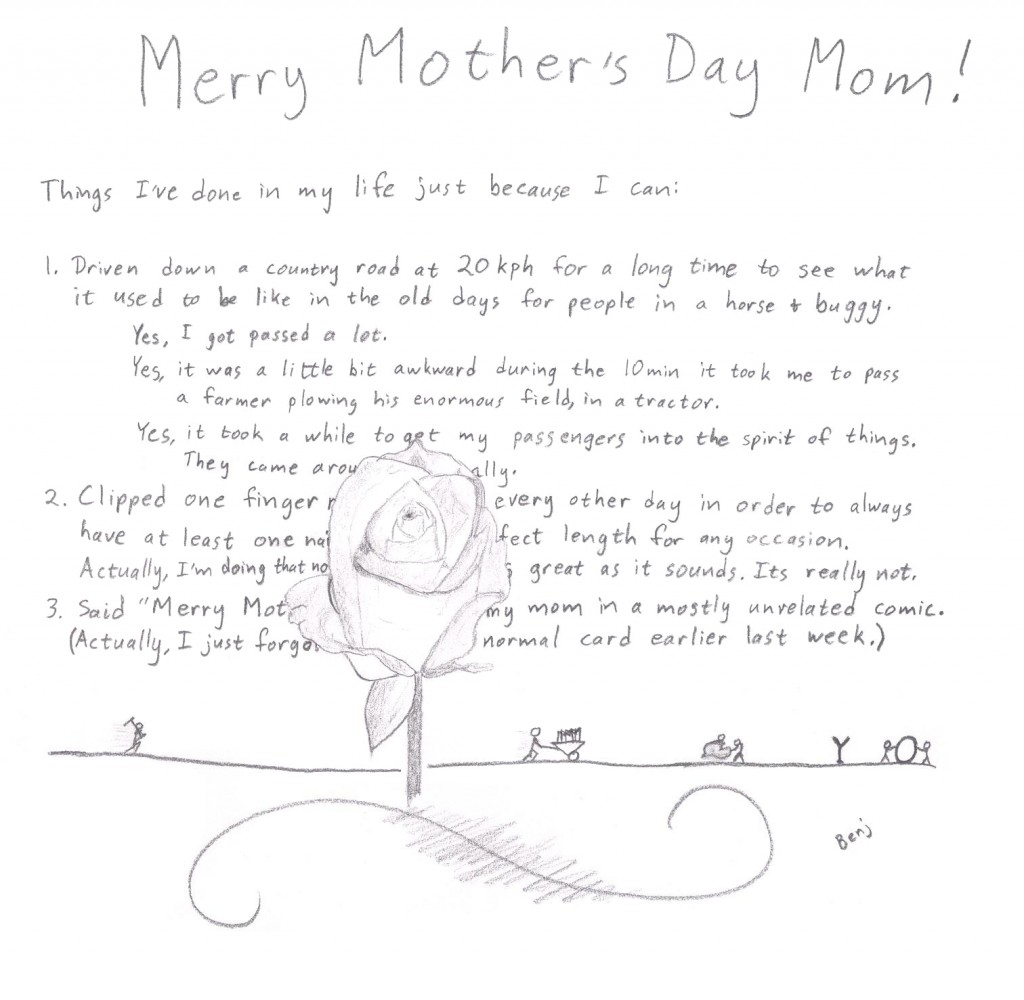 To all those related to one or more mothers,

I think the greeting on the card should be “Merry Mother’s Day, Mom!”  It flows off the tongue so much more nicely than “Happy Mother’s Day”.  That is all I have to say about that.

Two things that aren’t quite comic material but that I thought were interesting today as I participated in a lovely drive into Washington state with my wife:

1. Power/telephone lines.  So, one of the first guys to put up power lines across the country back in the 1880’s possibly may have been a chap named Arnold.  Arnold may have had a sense of humor.  One would think that most folk back in the day wouldn’t actually know what Arnold was doing if they happened to run across him out in the country alongside the road.

“Hey there, whatcha doin’,” asks a farmer? “Just putting up some new fencing for those giant sheep they’re bringing over from Africa in a few months,” says Arnold. I don’t know what the farmer says next.  This is partly why it isn’t comic material, that and it probably isn’t funny to most people.

2. Birds have it so good in the “going to the bathroom/washroom/restroom” department.  Anywhere they happen to be in their daily travels and they need to go, there is no worry about how far it might be to the next rest stop or gas station or anything.  They just go.  The second it crosses their mind that they’ve got something to do, its done.  I saw an eagle unload on a car dealership.  I really did.  It was more expansive than I would have expected but it was an eagle after all.  He/She didn’t think anything of it.  Beautiful clean cars below?  Not a concern.  Gotta go?  Done.

A bird probably doesn’t have any idea that the stuff goes anywhere at all.  As far as they are concerned it just disappears.  They probably don’t even know what it is except that if they are in the nest when they get that feeling, then things go horribly wrong if they don’t fly away before it is done.

Here is the “gotta go” logic chart for birds: